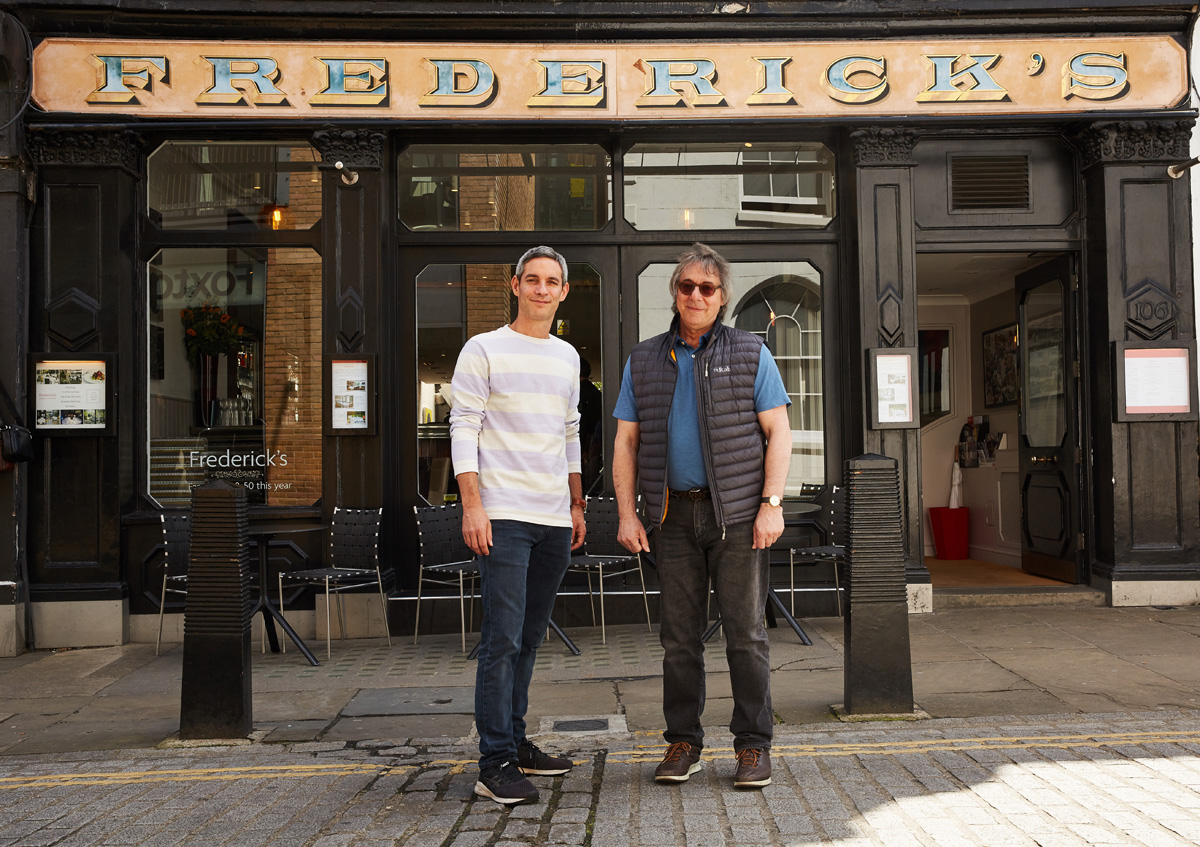 
Frederick’s was established in Camden Passage by Louis Segal in 1969, and has been run by the Segal family ever since.

Originally a pub (The Duke of Sussex who was named Frederick, hence our name), and then converted into a private house, Louis Segal purchased the property and set about running Frederick’s with no restaurant experience, though plenty of acumen.

Since then whilst focusing on our core; excellent food, quality service and wine we have grown by installing The Conservatory in 1982, The Clarence room in 1990 and The Club room in 2014. 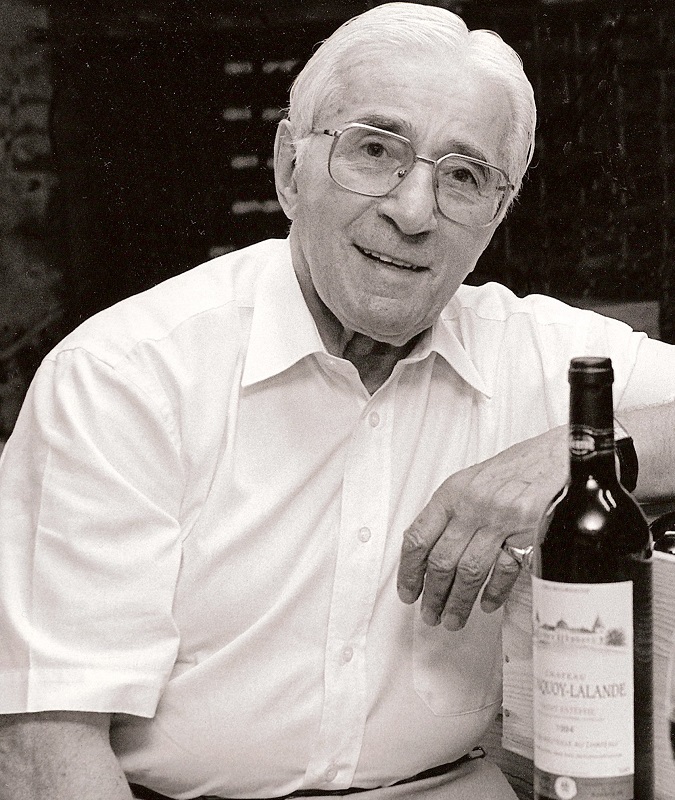 Louis set up Frederick’s In November 1969 as a second career after a highly successful men’s fashion business. As well as a genuine passion for wine and people he loved the hospitality business. 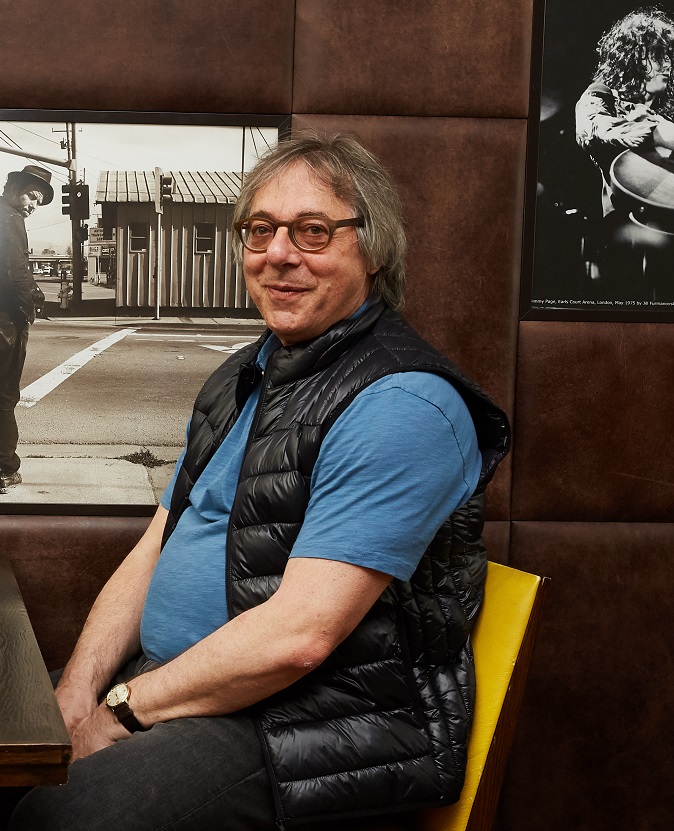 Nick (Louis’ son) has been involved in Frederick’s in various guises since the beginning. Nick likes to ensure that the customer experience is the best it can be.  Nick’s very much responsible for the look and feel of the restaurant, and recently the Club Room and the Induction kitchen, which has really changed the business at heart. 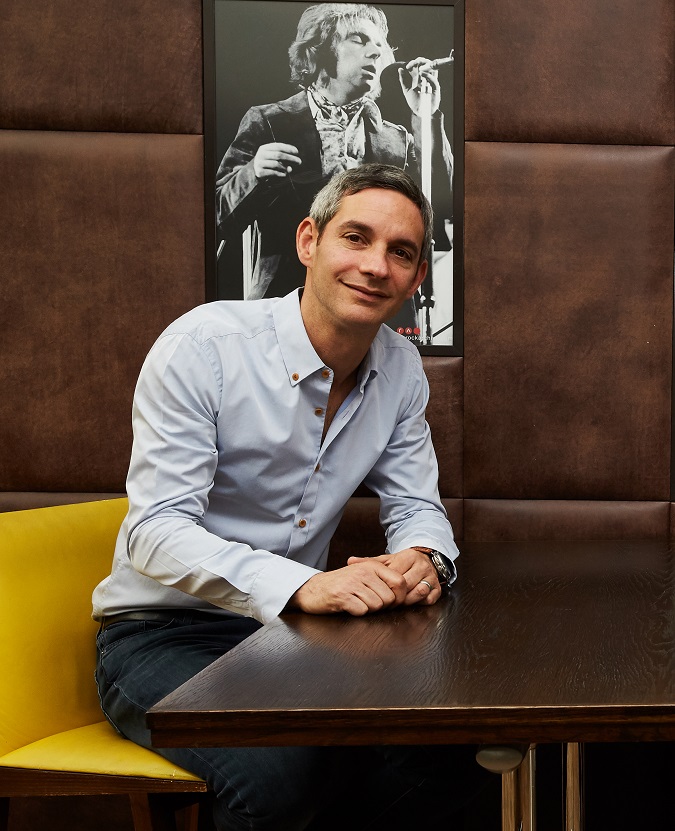 After a spell in finance Matt (Nick’s cousin) decided that he preferred offering customers a good time rather than a product. Food and wine have always been key ingredients for him, as is ensuring that everyone has a great time. 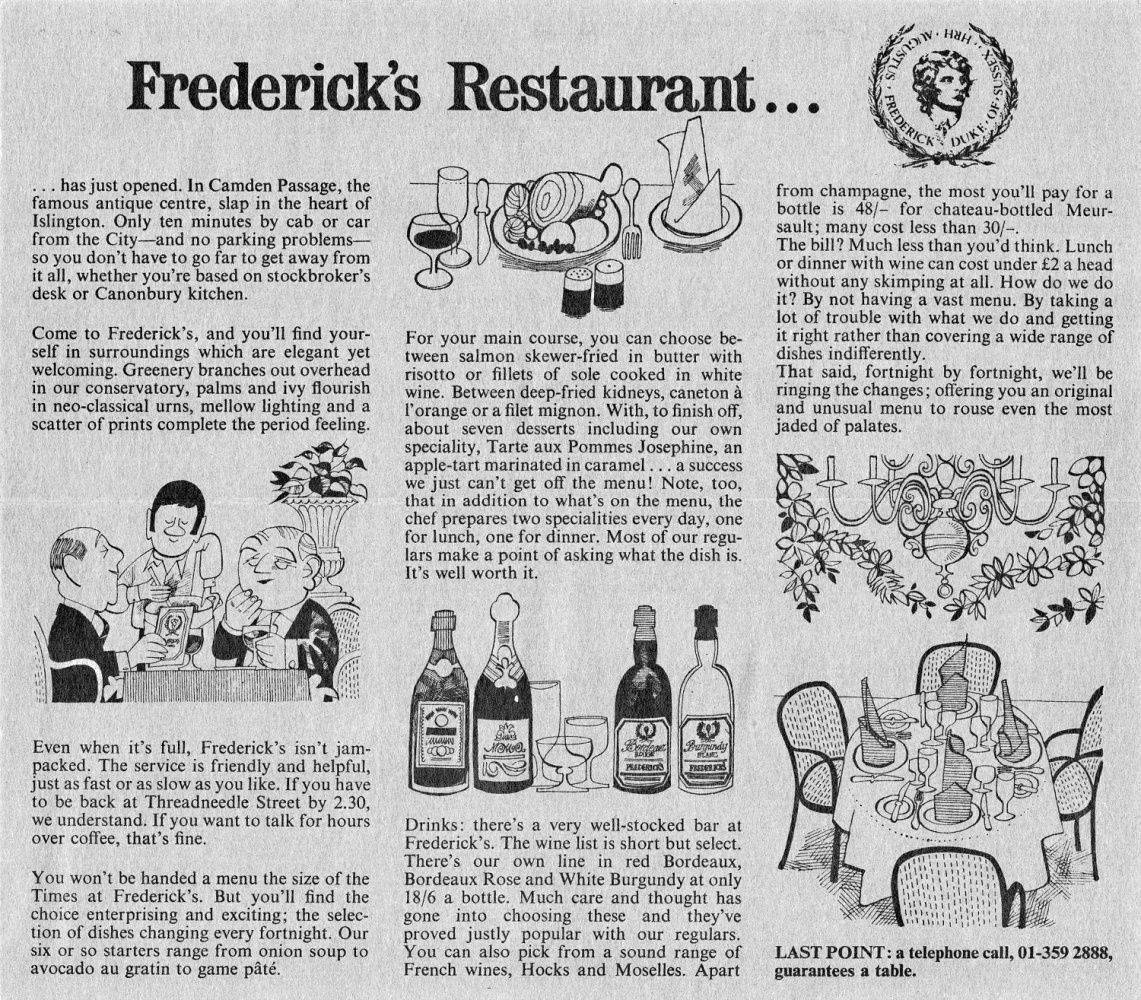